After 25 years of teaching, Rick Young won’t return to his history classroom this fall.

“This became my home,” he says. “This is a unique, special place,” talking about Daniel C. Oakes High School, where he’s spent his entire career.

It’s a small public school outside of Denver for students who’ve struggled with traditional education. For some, it’s their third or fourth try at high school – and they know it’s probably the last stop. And many, because of teachers like Young, finally find success.

Like Ryan Hostetler. He says he didn’t expect to finish high school. Then he met Young.

“He’s the most effective writing teacher I’ve ever had the experience of being taught by, and that includes literature writing classes at the graduate level,” he says.

After graduating, Hostetler decided to become a teacher, too.

“I wanted to make the same sort of difference in people’s lives that Rick made in my life,” he says. Hostetler now teaches at Daniel C. Oakes.

Even though that gives Young all the pride in the world, he says the profession of teaching has changed too dramatically. Rick Young, posing, is leaving his job at Daniel C. Oakes, a school outside of Denver after 25 years because he says the paperwork was overwhelming. Jenny Brundin/Colorado Public Radio hide caption 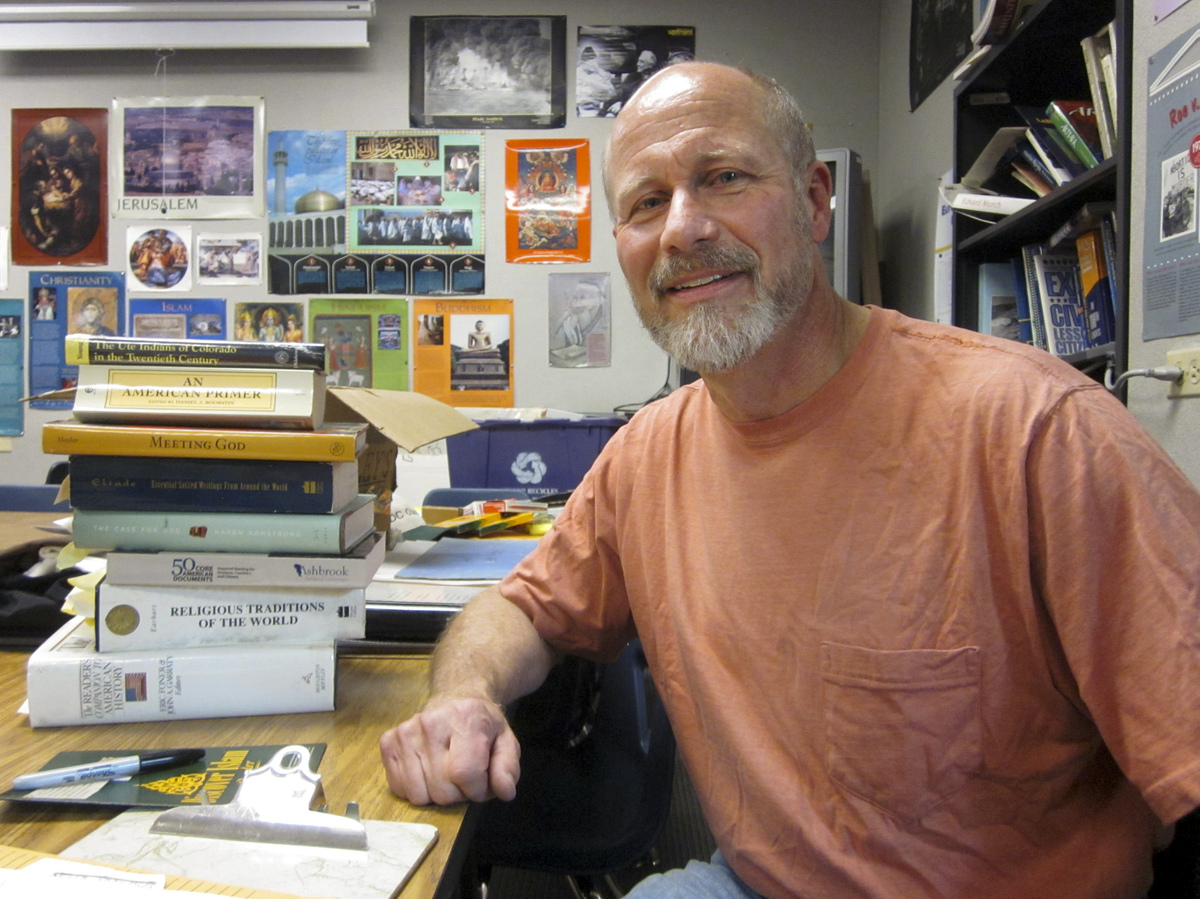 Rick Young, posing, is leaving his job at Daniel C. Oakes, a school outside of Denver after 25 years because he says the paperwork was overwhelming.

“It’s become a lot harder to teach and especially to teach in a way that I personally think is meaningful for my students,” he says.

Young is talking about a national trend in teaching to more clearly document and measure what’s taught — it’s meant to keep teachers accountable. That’s led to a shift for teachers toward standardizing lesson planning.

Because of that, sometimes he felt like he had to make sure he’s was still actually teaching history.

Young says lessons must be written in the form of a “backward design.” That is a three-stage framework. It begins with detailing his desired results, how students will be assessed and finally explaining how he will provide learning experiences and opportunities for practice and application.

Teachers are told to strive for a “world-class outcome” based on the Colorado Academic Standards, which are required items students must learn. For example, that could call for strategically creating meaning through complex writing and speaking, and defending metacognitive process in a quantitative and qualitative method.

Young has all of these instructions taped to his wall. And there’s more:

“I’ve got to make sure the lesson focuses on a 21st-century skill,” he says, which could mean civic responsibility, financial literacy, global awareness, health and wellness, problem solving, resiliency, and systems thinking, among others. There’s still more. Young sums it up like this:

“Everything’s very time-consuming. In in my mind, it’s not productive time,” he says. “It’s not helping my students. It limits the freedom of teachers to really freely teach and of principals to freely lead and evaluate.”

The district and national backers of this methodical planning say it creates the highest-quality classrooms, freeing teachers to teach what they want, while giving them better structured lessons and activities that push kids to think at a higher level and lead their own learning.

Young believes it’s left him less time for creativity and began to take a physical and mental toll as well. When he decided not to return this fall, his fellow teachers gave him a book of memories to take with him. Some students wrote to him, too.

“I’m grateful for all the eggs of knowledge you cracked over my head,” one of them wrote. Anther was grateful for Young creating a safe space for students to learn and converse with “grace and respect.” And then there’s this note on the back of a photocopied assignment:

“We students from Oakes were not the average students that ever had an easy life. We didn’t quite fit the mold. But you as well as all of the teachers at Oakes, took us in and treated us as if we were your most prized possessions. It helped us want to become more.”

Tech Can Drive Equality In Education. You Can Help.

What Makes an Excellent Online Teacher?