KUALA LUMPUR: HOW much are you willing to sacrifice to give your child the best head start?

Apparently, Malaysian parents are ranked eighth out of 15 when it comes to choosing to spend a huge chunk of their paychecks on school fees and their child’s education costs, including school and university tuition fees, educational books, transport and accommodation.

However, many are questioning if they should be spending their life savings on education, when it could be put to better use through purchasing property or other investments. Does the ROI (return on investment) match up?

The Value of Education is an independent consumer research study into global education trends, commissioned by HSBC.

Higher and higher, the fourth report in the series, was published in June and represents the views of 8,481 parents in 15 countries and territories around the world — Australia, Canada, China, Egypt, France, Hong Kong, India, Indonesia, Malaysia, Mexico, Singapore, Taiwan, United Arab Emirates, the United Kingdom and the United States.

It said Malaysian parents were spending an average of US$25,479 (RM107,920) on their child’s education, from primary school up to university undergraduate level. Malaysian parents are spending an average of US$25,479 (RM107,920) on their child’s education, from primary school up to university undergraduate level. File pic by MUHAMMAD ASYRAF SAWAL.

The findings are based on a sample of parents with at least one child aged 23 or younger currently, or soon to be, in education, drawn from nationally representative online panels in each country or territory.

In Malaysia, according to the survey, the majority of parents (96 per cent) contribute towards the cost of their child’s primary school education, with 93 per cent also contributing towards their university or college education.

“Knowing today’s highly competitive global job market, sacrifices and going the extra mile are key drivers for parents to ensure they have the best interests of their child at hand.

“Knowing also that the education landscape in Malaysia has changed over time, many parents are willing to pay good money to ensure that their child has the best education, both in terms of academic and lifestyle, something which they couldn’t experience in their student days,” said HSBC Malaysia retail banking and wealth management country head Lim Eng Seong. 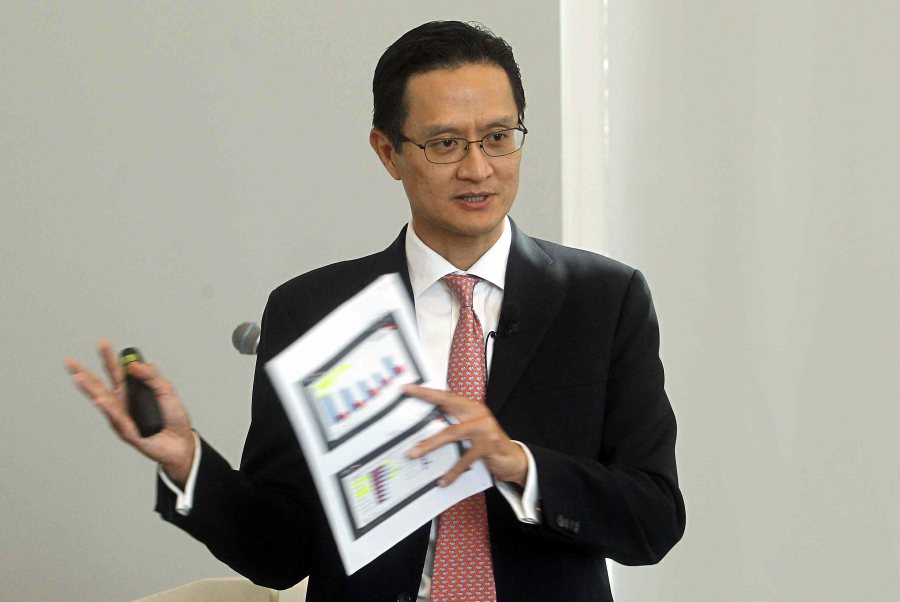 The survey also showed that parents in Malaysia were optimistic about their children fulfilling their potential. It revealed that Australia was the most popular choice for Malaysian parents to send their children for overseas university education at 67 per cent, followed by the UK (38 per cent) and the US (24 per cent).

Another option parents have is digital learning, where 69 per cent would consider a university degree for their child which is completely online or incorporates some online modules.

Many parents are making or have made financial sacrifices, including reducing their spending on leisure activities (58 per cent), working longer hours, contributing less to their savings or investments, and taking on a job or second job (32 per cent) to help fund their child’s education.

Parents only want the best for their children, and they have become more affluent and are aware of their choices, said Parent Action Group for Education (PAGE) chairman Datin Noor Azimah Abdul Rahim. 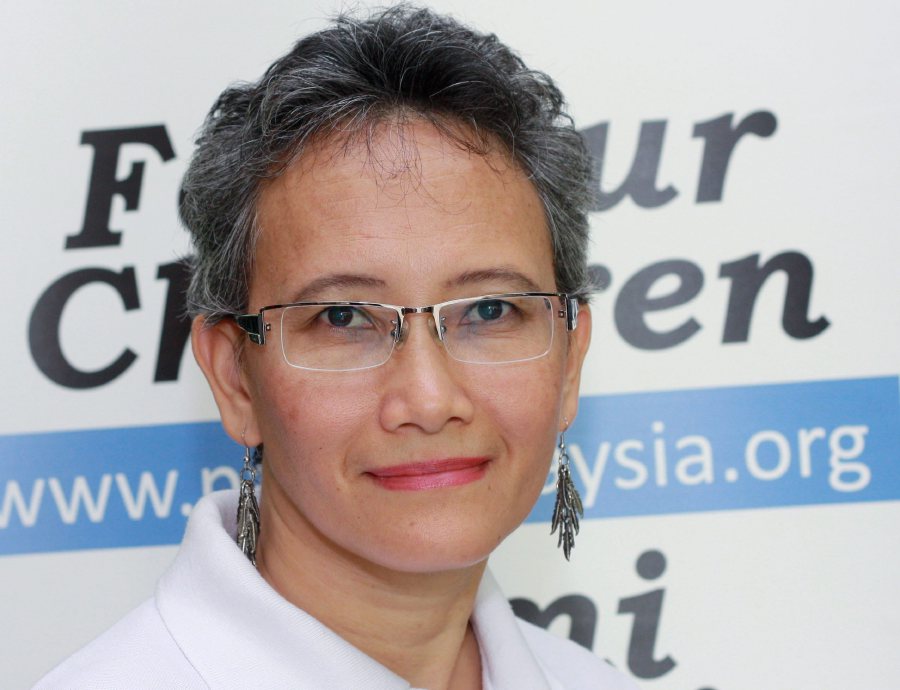 “Some parents can afford more than others either through sources of income or by having fewer children. But parents are resourceful and they will find the best way to achieve their aspirations.

“These may be either through spending exorbitant amounts on private services, sufficient amounts to have an edge over the rest or merely by participating and, of course, winning competitions through events held between schools or at the international level. It is not about keeping up with the Joneses.”

She said there were several categories of parents. Some believe a wholesome education is a necessity and whatever that is lacking in schools, they will supplement with activities outside of school. “However, there are also parents who believe that scholarships are the only way forward so they will ensure, at all costs and by all means, that their child clinches that scholarship, especially a prestigious overseas one.

“Education is not merely about the academics but much more than that. Even by volunteering for public events, securing shortterm internships or enduring (a temporary job) at sales is an asset. Potential employers and sponsors look for such traits.”

Parents did make sacrifices, albeit in various degrees, Azimah added.

“However, holidays are also important to build character and broaden the mind. Vacations need not be taken abroad but there is still much to see and learn from brief holidays within the country. Sacrifices taken should not bring pain to the family.”

So, how much should one allocate for their children’s education?

“It depends on parental income. Parents have to be realistic. Choices are aplenty and there are many options to suit any budget.” “The perception is that international schools would deliver the desired expectation and quality of education.

“If money is spent on extra-curricular activities — referring to academic-based activities — then I don’t believe it is a necessity since the kids should have received them from their school. However, if those activities are sports or hobbies-related, then why not as long as the kids enjoy them and parents can afford to pay for them.

“For my children, they are encouraged to explore and participate in their school’s activities. Both are budding triathletes; they receive some training in school through school team participation and also with sport community clubs outside school, where the monthly fee is minimal. 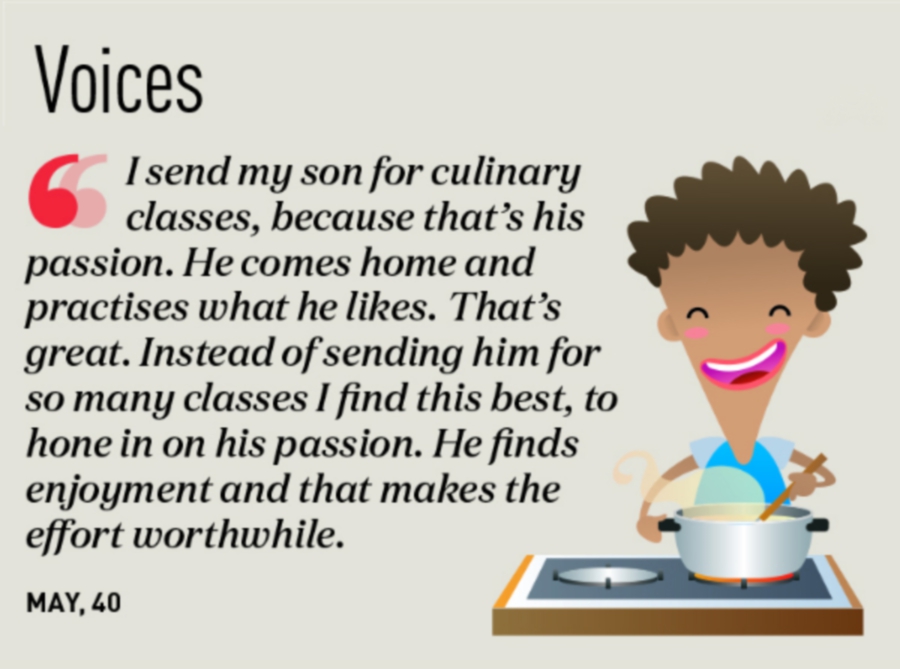 “This is made possible because passionate coaches are either offering their services at no fee or at a minimal fee. The only setback with community clubs is that parental support is expected. You normally don’t just drop your kids off and be back later to pick them up. You are expected to stay back and help around in one way or another.

“It works well for us because we appreciate the partnership in our children’s activities.”

Wong admitted that sometimes parents wondered if they were making the right decision, especially during times when they were not getting good teachers in their children’s international schools.

“For those who have enrolled their child into international school since Year 1 or earlier, there is almost no turning back to public school because the child simply doesn’t have the Bahasa Melayu language proficiency to catch up (in lessons), should they chose to return later.” Her advice to parents is to find the right balance, because you would want to spend in ways where your child will get a good head start but their education journey is long and you should plan up to their tertiary education.

“Remember, you are the primary educator of your child so a holistic, all-round education is something which parents can supplement and not necessarily must come through a school.

“You may even be disappointed that some schools cannot provide the all-round education you expect. When budgeting, do take into consideration the compounded annual school fee increase.”

Beirut: 1 in 4 children Risk Dropping Out Of School Warns IRC

What You Don’t See: Confidentiality And The Distance Classroom