Marking the launch of the commitment, Pamp;G brought together a panel to raise awareness of the extreme vulnerability of refugee girls and to secure solutions to their future through education and skills development.

The project aims to reach young Syrian and Jordanian women struggling to continue and complete basic education or pursue training opportunities. The programme, which is based in Jordan, is designed to develop life, business and vocational skills while encouraging Syrian and Jordanian women to share their experiences. Implemented in partnership with the Jordan River Foundation, an initiative of Her Majesty Queen Rania Al Abdullah, it offers traditional and innovative job search techniques and skills required to gain employment or identify opportunities in today’s global marketplace. Ongoing one-on-one psychosocial counselling is also provided.

G’lser Corat, Director of the Division for Gender Equality at UNESCO, highlighted that 69 million girls remain out of school worldwide and rang the alarm on this figure increasing further because of the refugee crisis. All too often refugee girls do not continue education beyond the basic level and are especially vulnerable to early marriage and other forms of exploitation. She stressed that: ‘This is not a problem we cannot solve. We need commitment, leadership and investment.’

‘At Pamp;G, we believe girls and women are a force for positive change in the world. Growing their knowledge and skills builds confidence and unleashes their full potential and power,’ said Carolyn Tastad, Gender Equality Executive Sponsor and Group President of North America for Pamp;G. ‘Our commitment today as Pamp;G and through our Always brand contributes to our aspiration to build a better world for all of us ‘ a world free of gender bias.”‘

Lliam Findlay, Policy and Advocacy Adviser to the CEO, Save the Children, emphasized the large impact of education on reducing early marriage and empowering girls to understand their rights. He regretted that OECD development funding for girls remains low, despite the impact on improving livelihoods, child and maternal health, and economic growth.

Maurice Levy, CEO, Publicis Group, said the Pamp;G campaign for girls’ education struck the right chord everywhere and urged companies not to shy away from investing in refugees, noting their fear to get involved.

UNESCO has been active in supporting educational provision in Jordan, Lebanon, Iraq and inside Syria, through the Bridging Learning Gaps for Youth programme. The Director-General has advocated forcefully for increased humanitarian assistance for education in emergencies at the World Humanitarian Summit last May, and with the launch of the Education Cannot Wait Fund, in which private partners play a vital role.

The Jordan initiative builds on the commitment of Pamp;G’s Always brand to championing girls’ confidence and gender equality and extends an existing partnership with UNESCO which has provided support to keep girls in Senegal and Nigeria in school. UNESCO Amman office has worked with Pamp;G on a recent project entitled Vocational Skills Development Opportunities for 500 Young Syrian refugee and vulnerable Jordanian Women in Jordan. 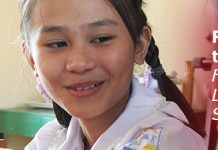 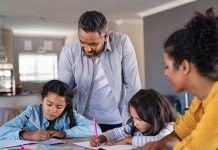