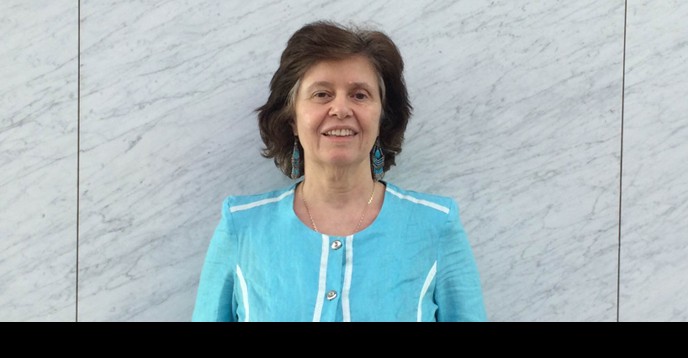 Every September 8, on International Literacy Day, my memory goes to the illiterate women of my youth. Poverty and ethnic conflict in my native Greece were severe several decades ago, but they presented the same educational problems as today.

In the 1930s, when rural girls rarely went to school, two aunts in Athens hired a young woman. They were teachers and diligently taught her to read in the relatively consistent Greek orthography. Maria learned letters but never progressed beyond single words. Eventually she gave up. She watched over children who studied before her but still died illiterate in her 90s. 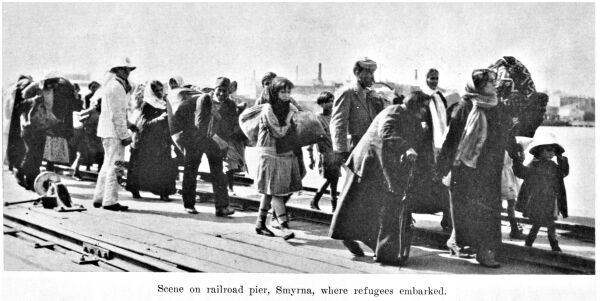 Ethnic conflict and displacement robbed my father’s sister of opportunity. The family fled from Turkey to Greece in 1922, the parents died, and she never went to school. She learned the reading basics in her 40s, from her daughter who was a teacher. She spent 50 years in a big city surrounded by print.  But when I tested her at age 97, I found out that she could only read capital letters and very hesitantly.  At best she puzzled out bus labels.

Very different was the performance of Sofia, who took care of me. Uprooted from Turkey in 1922, she attended grade 1 before becoming a homeless orphan. When I was learning to read, she was the one who helped.  She read our textbooks haltingly, and we used to laugh.  But she was could process entire sentences, so she kept practicing and improved.  In the last years of her life, she would put on her reading glasses, open the newspaper, and read the news to my mother.

Decades later, as an education specialist at the World Bank, I appraised and evaluated adult literacy projects. Governments and NGOs tried hard to teach adults in the 1980s and 1990s, but the cases reminded me of my childhood images. In Bangladesh, learners decoded letters laboriously, even after a year of practice. In Burkina Faso, adults who had completed courses read haltingly and even had trouble reading their own handwriting.  By contrast, little-educated people who had learned in childhood, read fluently, like Sofia. The difference was striking.

And it is not just unschooled adults who read laboriously. Educated foreigners learning languages that have unknown scripts experience the same difficulties.  “Western” academics and aid workers who spend decades in Ethiopia or Bangladesh may speak very fluently but perpetually read like mid-first graders. They report seeing a jumble of letters that must be decoded one by one.  Reading is thus too tedious, and many avoid it.

These events point to a striking phenomenon that could be called ‘adult neoliterate dyslexia(link is external).’ It seems to become significant by age 19 and probably affects all of us.  University students who must learn different scripts past age 18 typically read slowly and for decades have difficulty scanning text. (By contrast, adults who study new languages may learn them very well.)  Several cognitive and neuroscientific studies show long-lasting reading difficulties for adults (e.g., Sanchez 2014(link is external)). Adult dyslexia may partly account for the very poor adult literacy program outcomes worldwide. But it has gone unnoticed.  Educators typically attribute failures to social issues, learner motivation, or organizational problems.  These are certainly important, but the results among those who persist are disappointing.  And since this strange dyslexia has remained invisible, little direct research has gone into it.

But what is effortless reading and why does it matter?  This competency seems like a commonplace rite of passage in childhood, but it requires specific changes in the brain.

Children may be ‘vaccinated’ with literacy

Reading originates as a perceptual learning function; in the first few milliseconds, it is disconnected from meaning. With practice, the letter shapes are grouped and processed in the brain simultaneously. The brain does this most efficiently if the symbols are taught one by one, with pattern analogies. Practice combines small units into larger ones.  Some scripts and spelling systems take longer than others to learn. But in all cultures, from France to China people use the same brain structures to read.

Initially learners decode single letters and exert conscious effort.  After dozens of practice hours, processing moves to a part of the brain that recognizes words as if they were faces. Then multiple letters are decoded at one glance, like facial features. Simultaneously reading becomes effortless, automatic.  We cannot stop ourselves from reading, just as we cannot stop the recognition of people we know.  This may happen at 45-60 words per minute. 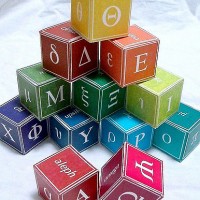 Thanks to perceptual learning, humans can learn to recognize footprints, musical notation, numbers, mathematical equations, astronomical constellations, or weather prediction signs.  And once this visual function is learned and practiced repeatedly, it is rarely forgotten. Thus, children may be ‘vaccinated’ with literacy.

Strangely, we do not need to know a language in order to read it fluently, nor do we need to write the letters! Millions of children worldwide learn to read for religious purposes texts in unknown languages that differ from a country’s official scripts. It greatly helps to learn a consistent spelling system, like Spanish or Hindi rather than an inconsistent one, like English or Khmer. But to understand a text, we must be fluent. The limitations of short-term memory demand speed. Educated adults may read 250-350 words per minute.

Children who drop out of school after attaining automaticity, may read printed signs in the environment and thus sufficient practice to maintain the skill and improve it.  This was the case of Sofia, my childhood caretaker.  But if they drop out before attaining fluency, letter-by-letter decoding is too tedious.  Like Maria and my father’s sister, they may pass by store signs and street names but not read them.

Unfortunately the children’s ability to automatize a large set of symbols has a deadline. Certain neural circuits involved in perception have sensitive periods and gradually slow down during adolescence. If the process to automatize reading is interrupted for years, precious time may be lost that cannot be regained.

Children must become fluent by age 18

The large-scale refugee displacements of the 21st century have created the perfect illiteracy storm.  Many children’s schooling has been interrupted at critical moments. Moving from Syria to Greece and to Germany, they may never automatize the perceptually challenging Arabic script.  For some, the disruption may be permanent.  And displacement is not the only threat to childhood literacy.  Low-income countries have expanded schooling with little knowledge on how to teach the poor, and the results have created a generation of schooled illiterates.  The problems are compounded by the use of English and French that have complex spelling. Thus, large numbers of African students can at best decipher only a few letters or words. Some are known to attend adult literacy classes as adults, but it may be too late for automaticity. (World Bank 2003(link is external)). 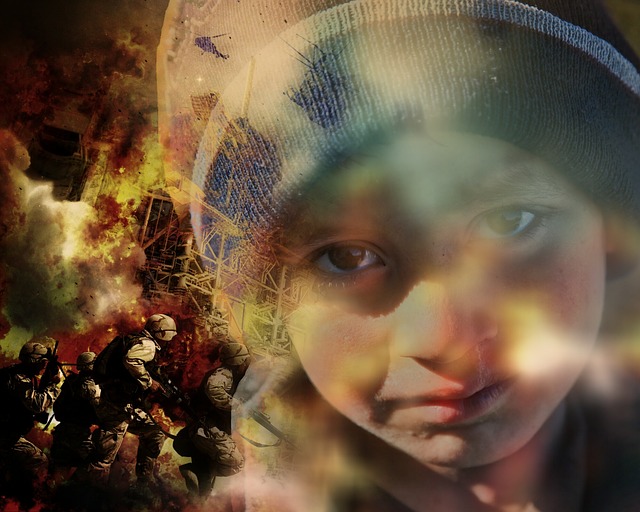 These neurological realities have implications for the Sustainable Development Goals as well. According to SDG 4.6(link is external) by 2030, governments should ensure that all youth and a substantial proportion of adults, both men and women, achieve literacy and numeracy.  To facilitate the learning process and the teachers’ workload, the neurocognitive research should be put to use.

To activate the perceptual learning function, complex teaching activities are unnecessary. Teachers should teach letter-by-letter phonics and pattern analogies, and give lots of practice in class, with feedback.  Practice links small units into larger ones, words and sentences. Thick or abundant books are indispensable for the ‘face’-recognition competency to develop. They should use letters that are large and spaced to accommodate the brain’s visual demands.  Writing supports reading, and vocabulary must be learned in order to make sense of texts.  Because the reading process is universal, 45-60 words could be a rough benchmark of automaticity in almost all languages and scripts. To learn from texts and enjoy reading, this speed should be attained by the end of grade 2.

Donors and governments receive much confusing advice about reading. Traditional letter-by-letter methods that better conformed to brain processes have been replaced by whole language activities that reflect middle-class perceptions. The effects on the poor can be severe. Students of consistently spelled languages may learn sufficient reading in grade 1 to survive subsequent interruptions. Old syllabaries used to accomplish this. But more ‘modern’ methods slow down the process, leaving students vulnerable to unexpected life shocks that may leave them functionally illiterate.

The World Literacy Day serves to remind us that we must ensure automaticity in childhood. This function has a deadline: All children must become fluent in one or more scripts by age 18 at the latest. In the future biomedical research may mitigate this neurological phenomenon, but for 2030, the goal is clear. Wars and population displacements seem to be a feature of human evolution, but the education community should be ready.  Governments and donors should put the existing research to use in order to achieve a transition to automaticity in grade 1. In case of an emergency disruption, the adults should perform more like Sofia than Maria.

Helen Abadzi is a Greek psychologist and researcher at the University of Texas, at Arlington. She has spent 27 years as a senior education specialist at the World Bank. She has drawn on cognitive psychology and neuroscience to improve the outcomes of educational investments.

Read also How to apply cognitive neuroscience to education: Interview with Helen Abadzi How to Detox Kids From Their Screens