The plight of displaced communities in Myanmar’s western Rakhine State and the impact of the displacement on children has led to calls, in a new film, to boost education as a vital step to end divisions between Buddhist and Muslim communities.

The documentary film, “Sittwe,” was released this month in Thailand after being banned by Myanmar censors at its original debut at a human rights film festival in Yangon.

Buddhists and Muslims affected by violence

Directed by American filmmaker Jeanne Hallacy, the film focuses on challenges faced by two 16-year-old teenagers — a Buddhist boy and a Muslim girl — who live in internally displaced camps in Rakhine state. Both their homes were torched during inter-communal violence in 2012.

That violence led to over 100,000 people forced into camps, where many, especially from the Muslim community, remain today. Muslims are prevented from returning to their former homes in Sittwe. 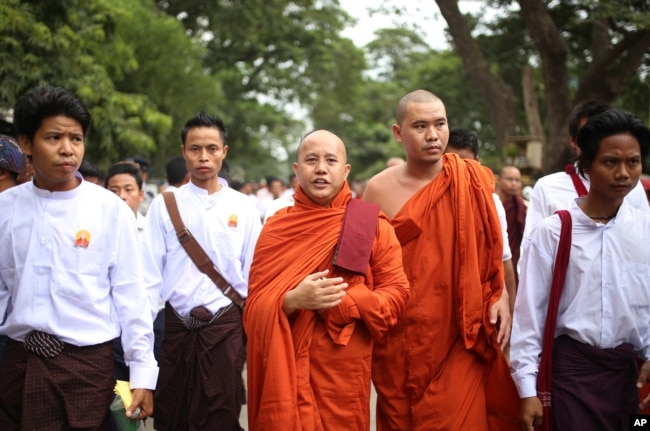 Hallacy says the film hopes to end tensions that remain between the Buddhist and Muslim communities.

“The film was intended to try to create a small window of discourse among youth who are living in this conflict area,” Hallacy told VOA.

“We went out of our way to make sure that we were also including Buddhist youth in it, that it wasn’t just Rohingya Muslims, because Buddhist kids have also been affected,” she said. The goal, she says is to “try and create this dialogue through the film.”

The violence of 2012 devastated local communities, leading 140,000 to flee their homes into displacement camps. Others fled by boat to other parts of South East Asia seeking refuge.

The Muslim Rohingya people remain in government-controlled camps. They are not permitted to leave, even for education, and rely on informal schools within the camps. 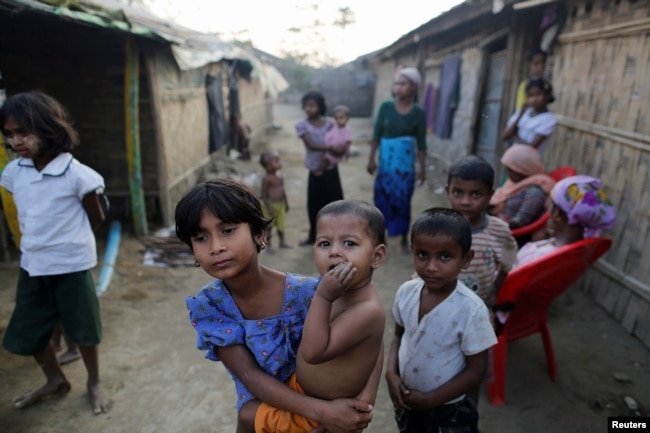 FILE – A Rohingya refugee girl carries a baby inside a refugee camp in Sitwe, in the state of Rakhine, Myanmar, March 4, 2017.

In 2016 further bloodshed erupted after nine police officers were killed in Rakhine State by a group of Rohingya militants.

In response the Myanmar army carried out a massive crackdown, with dozens of Muslim Rohingya killed and injured, with security forces accused of human rights abuses. Thousands of Rohingya fled to neighboring Bangladesh.

The film followed the lives of a Buddhist boy, Aung Khan Myint, and a Muslim Rohingya girl, Phyu Phyu Than, against the background of increasing social divides. 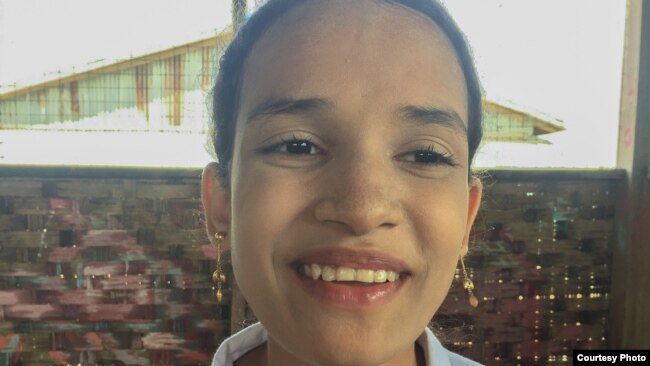 “My ambition is to be a teacher. If Muslim students were educated maybe we wouldn’t have to suffer as much,” she says.

“What I want say to Rakhine [Buddhist] girls my age is you are a human being and I am a human being. Why are you and I living so differently?” she says.

Aung Khan Myint, hopes to become a doctor and assist vulnerable children and communities. He says the community is weary of the conflict. 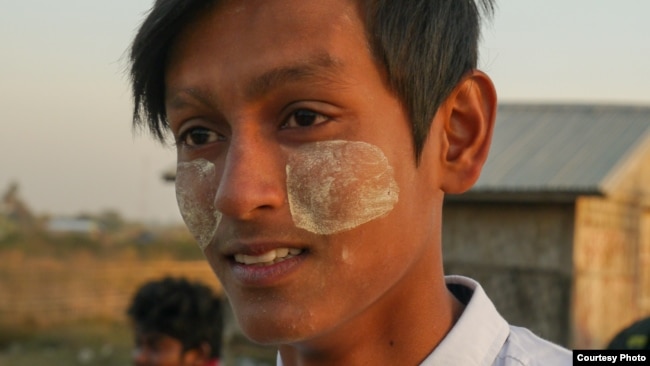 Aung Khan Myint, a Buddhist boy in Mynamar says “Everyone is tired of conflict. Our country is struggling.” (Courtesy: Sittwe Films)

“Everyone is tired of the conflict. Our country is struggling. We need the majority of people to come together and support each other to live together. I want to live this way,” he says

Education may be the key

“In order to develop character people need to be educated regardless of age or gender. Then they can become aware of conflict and learn how to build peace,” the abbot says. 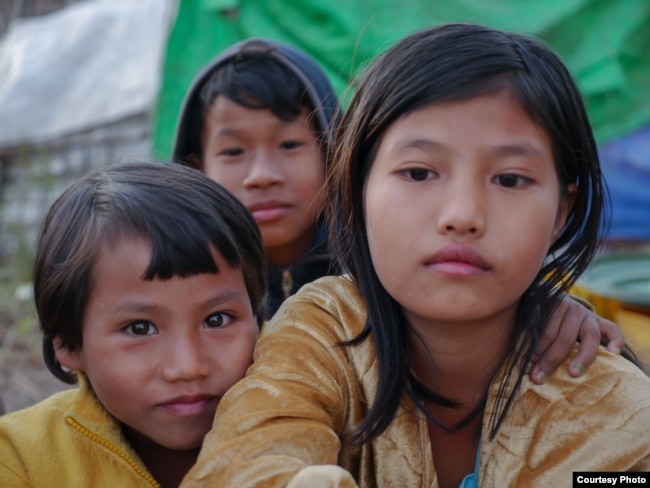 The film was supported by the Myanmar-based non-governmental organization, Smile Education and Development Foundation, whose executive director Myo Win says he hopes to draw the international community’s attention to the plight of education in Rakhine State.

Hallacy hopes Myanmar authorities will also be spurred to end, what she terms, “the apartheid impact upon education for Rohingya Muslim children.”

But progress towards community reconciliation is slow, if at all. Sai Kyaw Khiang, the cameraman for the project, says both sides living in the camps face economic and social hardships. The United Nations has been highly critical of the camps’ conditions, especially for the Rohingya community. 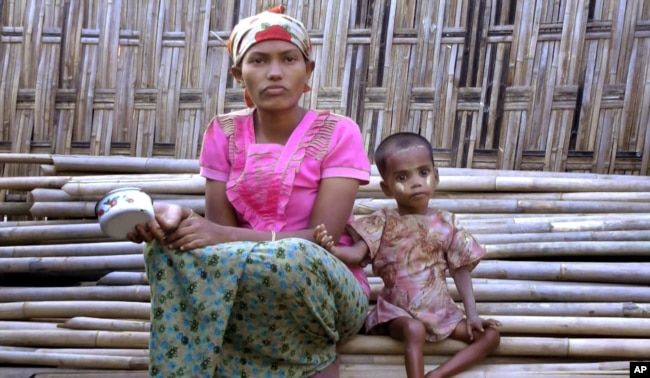 FILE – In this March 17, 2017, image made from video, Rosmaida Bibi, right, who suffers from severe malnutrition, sits with her 20-year old mother Hamida Begum outside their makeshift shelter at the Dar Paing camp, north of Sittwe, Rakhine State, Myanmar.

“It’s in the dark. I don’t see hope is coming. You have to stop a lot of problems there with the government. They — both sides — are what we call brainwashed — both sides of the community — that’s the gap,” he told VOA.

Late in July the U.N.’s special rapporteur on human rights in Myanmar, Yanghee Lee, is to make an official visit to Myanmar, including to Rakhine State.

The U.N.’s Human Rights Council had proposed a fact finding mission on rights in Myanmar, a moved opposed by the central government of Myanmar.