18 laptops, printers and other computer-based resources, all in a bus will soon be seen whizzing around Zilla Parishad schools in rural Pune.

The Digital Duniya – Computer Education on Wheels is a part of Parivartan, a CSR initiative of the private company, IL&FS Transportation Network Limited (ITNL). Aiming to introduce children to digital education, the project was launched on March 25, at Zila Parishad School, Peth Village, Ambegaon Taluka, and will be handled by the IN&FS Education and Technology Services (IETS).

The Digital Duniya vehicle will also be made available to school teachers, anganwadi workers, government officials and local youth after-school hours and during school-holidays.

“The project is a CSR activity that will be carried out along the Khed-Sinnar Expressway. IETS launched its first Digital Duniya vehicle as part of Parivartan, a community development initiative of ITNL, in 2010.Currently, IETS is implementing 10 Digital Duniya programs across Maharashtra, Jharkhand, UP and Assam,” said Shehnaaz.

The project is expected to start in a week where students between classes V and VIII, from Zilla Parishad schools will be taught the basics of computer science. 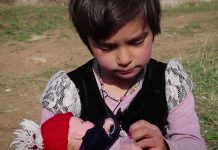 Georgia: The Children Left Outside The Classroom

From Drop-Out to Future Entrepreneur