Startups that tackle problems in Southeast Asia’s education system aren’t exactly writing big headlines with multi-million dollar funding rounds, but they’re around. Some have been offering online education services for many years – Zenius from Indonesia dates all the way back to 2004.

If China’s startup ecosystem is an indicator of things to come, the amount of venture capital that flows into the region’s edtech sector will pick up. Early signs of that are visible today.

An influx of venture capital (VC) is certainly going to shake up the current landscape. With little funding to fall back on, most startups have grown frugally and stayed focused on relatively local problems. VC will let founders think bigger, but it will also increase pressure as startups battle for dominance and profitability. That, too, is something we’ve observed in China.

Here’s a list of edtech companies in Southeast Asia that have raised funds, but also some bootstrapped ones that have caught our eye.

(Update 11/April/2016: Three startups were added to this list: KelasKita from Indonesia, Zookal from Singapore, and Topica from Vietnam. The title of the story was updated to reflect this change.) 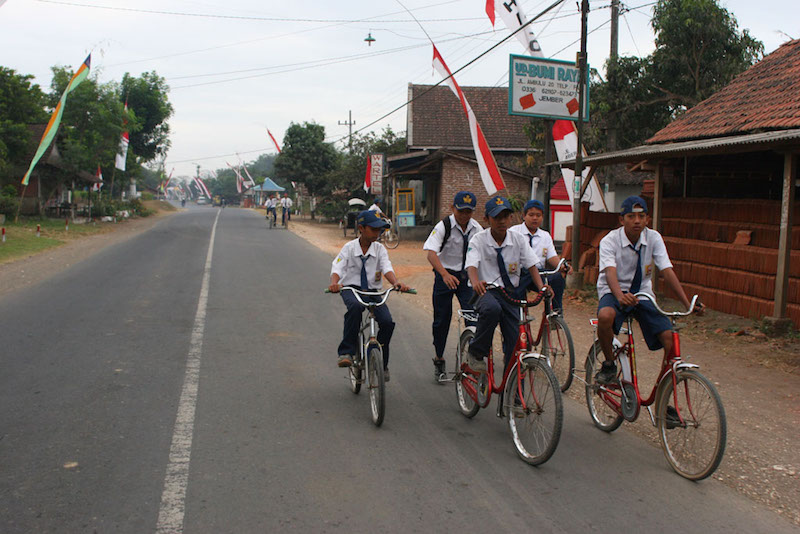 On bicycles to school in Indonesia. Photo credit: Danumurthi Mahendra.

Bulletinboard is a mobile app and online tool for parents and teachers to come together and stay up-to-date on students’ progress. It was launched in 2015. Teachers can post homework assignments and reports to the entire community, but hey can also communicate with parents privately.

Bulletinboard hasn’t raised funding yet but has made incremental but persistent process since Tech in Asia last talked to the founders. So far, the startup repots, 120 classes are using the tool.

The startup is a graduate of Jakarta Founder’s Institute, and has gone on to raise a series A investment from CyberAgent Ventures at the end of 2014.

Earlier this year, HarukaEdu was one of eight startups from Indonesia to participate in Google’s launchpad program.

Kelase is an onine learning environment with many features, such as a social network, informal online courses, and an online library.

The startup went live in 2014 and was able to secure a seed investment soon after. It is one of the partners of Facebook’s Free Basics offering in Indonesia.

KelasKita was founded in 2013. Like many other startups, it has a marketplace for online courses. KelasKita’s range of courses emphasize practical skills, like basic HTML or learning how to use WordPress.

The site also has a community forum where users can ask and answer questions. It also lets users create and take quizzes on various subjects and levels of complexity.

Ruangguru is a marketplace for private tutors – they help school-age kids and teens stay on top of their class material and prepare for tests. Ruangguru helps parents find the right tutor for their child and also has a payment interface so that payments don’t need to be made in cash.

Ruangguru also has an app for instant problem solving and a test preparation platform where students can take mock exams. A few months ago the startup raised a “seven-digit” series A round from Venturra Capital. It’s possibly the biggest investment into the Indonesian edtech sector so far. It’s hard to tell with accuracy, as investment amounts are often undisclosed.

Squline is an online language learning site that connects students with native-language teachers. Right now it focuses on English and Mandarin classes, and offers them in different price packages.

Sukawu is an aggregator for offline classes, mostly in the creative industries. You can sign up for a Photoshop or music or film production class. A number of language learning programs are also available.

The booking is made online. The added benefit of using the platform rather than just seeking out the program yourself is that you can see previous students’ reviews and you can request classes if what you’re looking for isn’t available.

Sukawu also hosts a class it designed itself, on career choices and personal development. It offers these to students, parents, and teachers.

Zenius offers a wide range of video tutorials and test prep modules, for subjects ranging from math to sociology. It was founded in 2007, and actually started even earlier, as an offline initiative, in 2004.

The website says its tutorial videos have been viewed over 30 million times, and 2.7 million learning modules have been downloaded by Indonesian users.

The startup is bootstrapped and monetizes through the sale of CDs and DVDs as well as e-credit to access premium content. Malaysia’s EasyUni is a portal that aggregates information on higher education institutions. It doesn’t specifically cater to Malaysian students; its listings as well as visitors are from around the globe, the founders stress.

EasyUni raised a substantial amount of seed funding (a total of US$267,000) in the form of grants shortly after it went online in 2010. The startup has raised two rounds of undisclosed amount since. The founders’ own capital also helped to get the startup off the ground – one of the co-founders, Edwin Tay, previously sold a digital agency business.

Like EasyUni, EduAdvisor also targets that age group that just finished high school and is now in the planning stages of higher education. It lets students compare college programs and book pre-college programs.

The startup raised seed funding from KK Fund in 2015.

Classruum is an online learning environment that helps school kids learn at home and in study groups. It has practice modules and a feature that lets you follow tutors to get access to video tutorials and exercises.

My Aone Learning Is a marketplace for offline classes and tutoring in Malaysia. Through the site, you can find a math teacher for your child, a French lesson for yourself, or a tennis coach.

Next Academy is a coding school based in Malaysia. Focus pays off in this case. At the beginning of this year, the startup got a US$300,000 seed investment from 500 Startups.

It promises to churn out 1,000 coding graduates this year.

Next Academy by itself is actually just a simple information service for the offline coding bootcamp programs, so it’s debatable whether this qualifies as edtech. It’s included here because it also offers online content such as a seven-day coding crash course anyone can sign up for.

Scholardeck is a portal to find scholarshop programs in Malaysia.

It raised a seed round of US$13,500 from the Malaysian Accelerator Watchtower and Friendsin 2015. 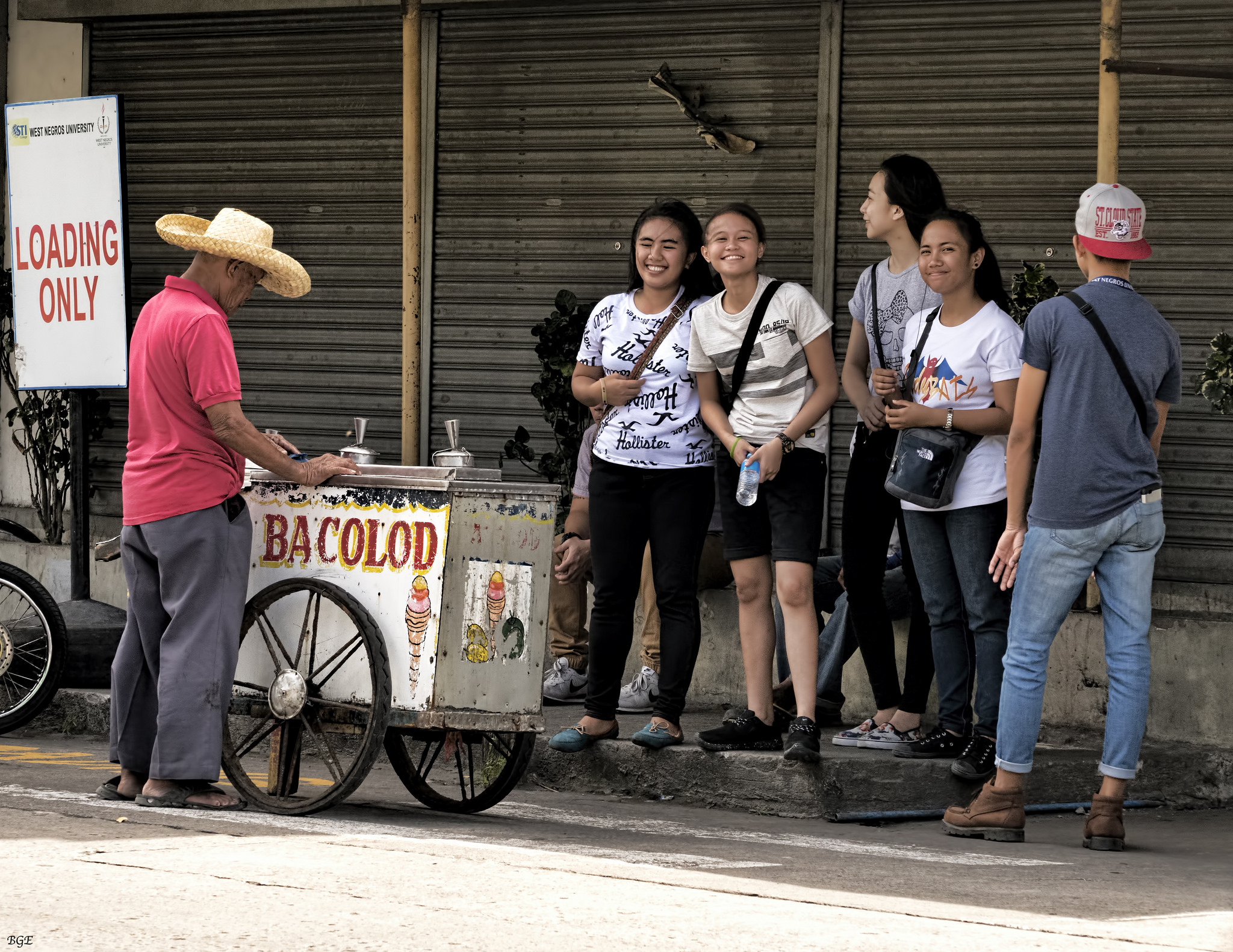 Edukasyon has information on local senior highschools, colleges, and scholarships, as well as information for students looking for opportunities to study abroad. It self-identifies as a social enterprise.

MyChild is an app that lets teachers update parents about their child’s progress in school. It also allows teachers and parents to chat privately.

MyChild was among 10 winners of the 2014 startup competition held by Philippine incubator Ideaspace Foundation. It raised US$11,000 from the same foundation.

[Orange Apps] creates a software-as-a-service solution for schools. Its young founder, Gian Javelona, was only 19 when he started developing software tools for school environments and became somewhat of a sensation in the Philippines.

The startup received an undisclosed amount of seed funding early on, but hasn’t raised follow-on-funding since. It’s monetizing through a subscription feel. 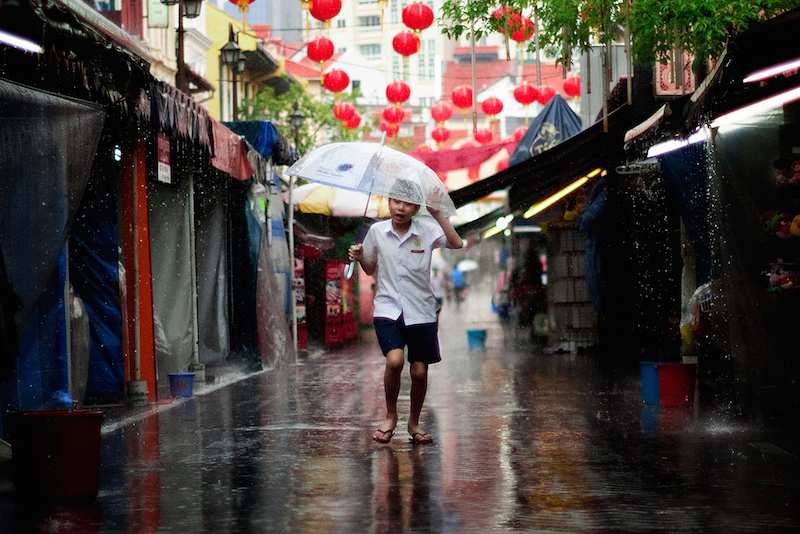 On the way to school in Singapore. Photo credit: digitalpimp.

Cialfo helps students with the complicated process of applying for college in the US or the UK. It offers offline tutoring for students in Singapore, and Skype tutoring for those residing elsewhere. It also runs a SAT and ACT test preparation site.

Learnly is an app-based tutoring environment. Tutors list for free. It runs on an undisclosed amount of seed funding from Quest Ventures, and a US$50,000 grant.

RyMM Education is a software-as-a-service platform that connects parents with teachers and fellow parents. It came out of the JFDI Asia accelerator and has a US$19,650 seed investment.

VivaLing is an online language learning academy for kids. Children can learn Mandarin, English, Spanish, or French with professional coaches.

The startup received a US$375,000 seed round from an angel investor in 2015 and monetizes through selling its classes.

Xseed Education is headquartered in Singapore but is especially active in India. Its very ambitious: Xseed actually designed a whole curriculum, or “script” as they call it,  that upgrades teachers and entire schools.

The company claims 750,000 students are learning based on the Xseed script “every hour of the day.” The tech component lies in how Xseed keeps up in monitoring and coaching the performance of teachers, though its website is a bit vague about this part.

Xseed raised a whopping US$10 million from Lighthouse Funds back in 2010.

Zookal started out as a site to sell, buy, or rent university textbooks.

In 2015, it added new features. Now Zookal also includes a marketplace for video tutorials uploaded by verified tutors. Right now, there are lessons in computing, engineering, and business. 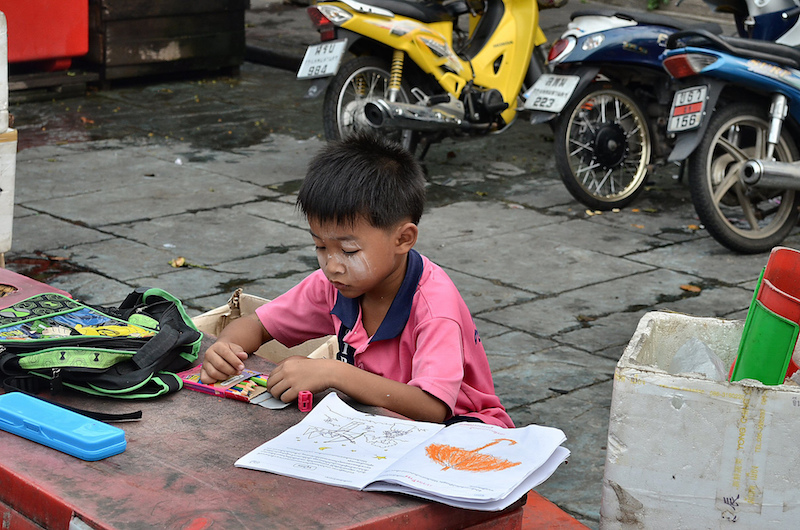 SkillLane is a marketplace for young professionals. It allows experts to offer online courses on subjects like digital marketing or software like autoCAD and Excel.

The startup raised a seed round of undisclosed amount in 2015.

Taamkru is a gamified online learning environment for children. It also allows parents to keep up with their kids’ progress.

In 2014, it raised a US$620,000 seed round that included investment from 500 Startups and IMJ Investment Partners. At that time it also said it would move into B2B sales by offering its software to schools, adding a self-publishing marketplace for educational books. Eduu is an aggregator for offline classes, ranging from sports to programming and test preparation.

Last we spoke to the team, in September 2015, it said it had over 2,000 registered teachers covering more than 20 subjects. It hasn’t raised any investment to our knowledge.

Kyna is a marketplace for online courses, similar to Udemy in the US.

It hasn’t raised any money to our knowledge. It used to be known as DeltaViet but recently rebranded.

It raised US$500,000 in 2014 from three Silicon Valley-based investors, including Learn Capital and Formation 8. At that time, it announced plans to scale across Southeast Asia, but it has yet to fulfill that promise.

Topica, founded in 2008 in Vietnam, is a multi-faceted edtech endeavour. It offers certification and tutoring online, and is even experimenting with using Google Glass to teach students English.

Disclaimer: This list does not include startups with products that are educational, but primarily entertaining and game-like.